Here’s something I learned recently: Nobody, and I mean nobody, knows what the fuck they’re doing. It’s a lesson that has encouraged me to live a more honest and authentic life with loved ones and strangers alike.

I throw my hands in the air when I fuck up. I tell my boss when I feel like I feel like I’m about to fuck up. If somebody asks me a question I don’t know the answer to, I point them in the direction of somebody who can instead of fumbling around for some sort of reasonable response to make myself look all knowledgeable and superior and stuff.

I message my friends in the vicinity of their birthdays for the exact date they’ll be tallying another digit onto their age because I will forget. And, if I don’t know what the fuck you’re talking about, I am not going to pretend that I do.

That last one was a tough behavioural change to implement. It’s embarrassing to admit, but I spent many years previously pretending to know what was going on when I didn’t. Partly for fear of being ‘caught out’ I guess, but also because I was so keen to impress people and fit in.

I also wanted to avoid playing into biases people may already have about me. (Being both young and a woman immediately puts me on the back foot in conversations with older men, in particularly – Yes, still.)

My pretence of being knowledgeable about everything, however, recently became far too much. I became overwhelmed by the enormous number of things I didn’t know about and, exhausted by it all, disengaged entirely.

And so, I made the decision to stop nodding along politely while making a mental note to myself to swot up on Google when I get home, and simply admit when I haven’t a scooby about what somebody else is saying.

This doesn’t mean I come right out and say “I don’t know what the fuck you’re talking about”. That is, unless I’m having a particularly bad day, or I’m talking to a friend, or both. I’ll say something like, “I’ve heard of that show, but I haven’t watched it yet”, or “I have spotted a few things on that recently, but haven’t read too much into it”.

And guess what? People don’t care. In fact, nine times out of ten they LOVE having the opportunity to show you just how much more they know about something than you do – shocker!

What’s more, our conversation ends up being way more two-sided and interesting than if I had simply continued to nod along while making a mental note to swot up on Google when I get home.

Pushing back in this way has also become one of my favourite ways of making people reassess their assumptions about a certain issue. Why should I understand a sporting metaphor if I’m not interested in sports?

And, why does it reflect badly on me if I don’t keep up with the intricacy of how our government works if the sheer mention of the current state of our political landscape only exacerbates my mental illness?

In increasingly tumultuous and divisive times, it’s that little bit of extra honesty that sets us on more equal footing. Also, life is hard enough without the added pressure of feeling like we need to know bloody everything.

Are you guilty of playing along, or do you admit when you don’t know what somebody else is talking about?

Hi, I'm Lara - a twenty-something journalist and PR executive based in Southampton, UK. I like travelling to new places, eating like an unchaperoned child at a birthday party, napping in impossible positions, instigating dance parties and putting my middle finger up to societal pressures on women. Oh, and I like writing.  View all posts by Lara 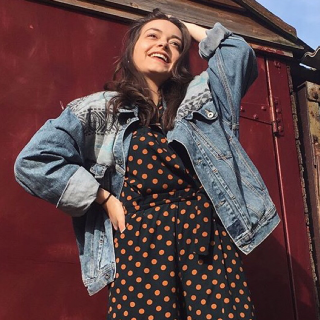 Hi, I'm Lara - a twenty-something journalist and PR executive based in Southampton, UK. I like travelling to new places, eating like an unchaperoned child at a birthday party, napping in impossible positions, instigating dance parties and putting my middle finger up to societal pressures on women. Oh, and I like writing.